Hey there, internet. We have some news today, which includes new info from Metal Gear Solid Online, Mad Max, Destiny, Telltale, Just Cause 3, Wolfenstein, and Call of Duty.

The Phantom Pains’s online component, Metal Gear Solid Online, has been announced that it’ll support up to 16 players on the PS4, Xbox One, and PC, and up to 12 players on PS3 and Xbox 360. The game will be released on Sept 1st on all the 4 consoles, and on Sept 15th on the PC.

“Why are we still here? Just to suffer?”

New news started coming about Destiny’s latest expansion, House of Wolves, and how they’ve learned from The Dark Below:

This game has me pretty excited. Reminds me of 3rd Person Rage. Also reveals the Thunderdome.

Marvel Comics has partnered with Telltale Games for a future console and PC series coming 2017. No info yet on what the title game will be, but I’m sure more info will be released soon.

Just Cause 3 Teases and Disappoints

Square Enix has revealed a new gameplay trailer will arrive on Tuesday, April 28th, so expect more info about that tomorrow, along with the new games of the week, obviously. 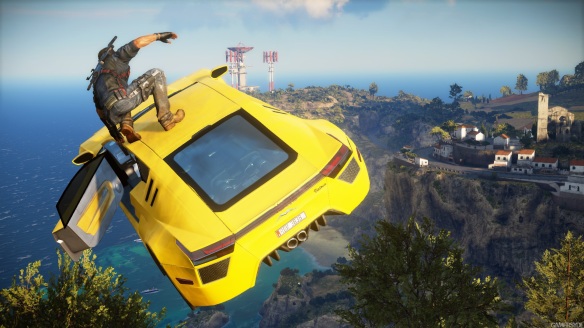 Avalanche Games had also announced that Just Cause 3, releasing later this year during the holiday season for PS4, Xbox One and PC, will not include multiplayer. No-Co-op :(.

New trailer, and a release date: November 6th, 2015. Set to The Rolling Stones’ Paint it Black, the trailer discusses how soldier are becoming less and less human. How far can technology go? Developed by Treyarch, this will be the first COD meant for next-gen only consoles.

Maybe I should play through Call of Duty Black Ops 2, to get caught up.

That’s all for today. Enjoy the videos and get excited. Tomorrow is new games. Wednesday I’ll discuss Far Cry 4 and Assassin Creed Chronicles: China. Thursday I’ll have a review up for Call of Duty Ghosts.