So, to get the big news out of the way, Konami has confirmed that Hideo Kojima and Guillermo Del Toro’s Silent Hills featuring The Walking Dead’s Norman Reedus has officially been cancelled.

Originally revealed during a Playable Teaser released on the PS4, Silent Hills had a lot of buzz surrounding it, namely because of the people attached to the project. The project, however, has had an air of confusion surrounding it ever since the announcement of Kojima Productions and Konami splitting after the release of Metal Gear Solid V: The Phantom Pain. Since then it’s been a downward spiral of negative revelations.

Following the announcement of the split, the PS4 playable teaser was announced to be removed from the PS Store. Then Guillermo Det Toro announced that he was no longer attached to the project with Norman Reedus and Hideo Kojima. Then Konami delisted itself from the NY Stock Exchange as they felt it wasn’t economically viable. And then the final nail in the coffin was Konami’s announcement of the official cancellation.

They didn’t rule out future Silent Hill games, just that this particular project was over.

After the break we got some, hopefully, lighter news, about Dirt, Arkham Knight, and Just Cause 3, and Tuesday’s new games.

PC only version of the upcoming Dirt game has been released on Steam Early Access. It seems to be a truncated version of a potential full release, or not. Maybe this will be the only new Dirt game for now? I dunno. 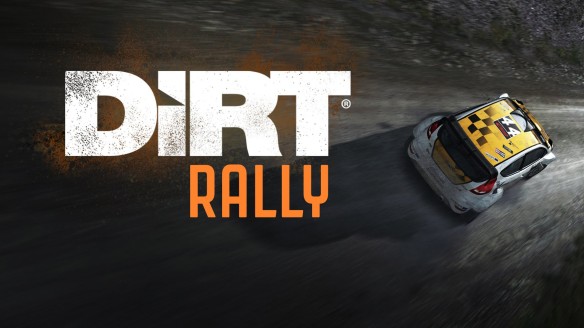 Dirt Rally features 17 cars and 36 stages across 3 large areas. It is meant to be a true rally game, without the additional modes like previous Dirt games had, like races, or Gymkhana. Sad to see this is PC only. I’m curious what the next-gen future holds for this brand.

New info came out that the game will now be rated M – Mature Audiences. No Complaints. And the new trailer debuted the new gameplay mechanic called Dual Play, which allows the player to switch, Like Grand Theft Auto 5, between Batman and his allies to engage in seamless tag-team style combat.

The game also will have a season pass, including 6 months of content including new story missions, additional super-villians, challenge maps, skins, race tracks, etc. All the stuffs. Comes at a hefty price though – $39.99 – or available in a Premium Edition of the game priced at $99.

Why? Just Cause! Three.

Last up we have today’s notable video game releases. The best day of the week that’s not Friday. Behold:

The Golf Club (PC, Xbox One, Ps4) – Simulation Golf Game developed on the Unity engine by HB Studios. The game boasts a powerful procedurally generated coarse creator which can be shared and played online.

State of Decay: Year One Survival Edition (Xbox One, PC) – Third-person persistent open world zombie survival game. The game focuses on survival tactics like stealth and evasion, resource management and base building. Player choice effects how the gameplay evolves. The game also features dynamic progression; the game wold continues acting whether or not the game is being played.

I think I will be picking this game up as it sounds intriguing.

That’s all. Tomorrow (Wednesday) I’ll have further Far Cry 4 impressions and screenshots, and I hope to jump into Assassin’s Creed Chronicles: China tonight. Thursday I’ll throw up a review for Call of Duty: Ghosts.