I’m overdue for an update. What have I been playing?

Shadow Complex
My last update consisted of a Review for Shadow Complex. I revisited this game after it was re-released on the Xbox One, re-mastered. You can check it out here.

Call of Duty Advanced Warfare
I finished the campaign for Call of Duty: Advanced Warfare. As I’m not an “online competitive gamer” I’m typically a year behind on Call of Duty games. The campaigns are usually solid, but since I’m not mad crazed over the online competition, picking the game up at full price is usually not worth it. And since I’ve been know to write reviews well after the game becomes irrelevant, there’s no incentive in picking up the game at release, when I have so much else to play. Expect a review soon.

Mad Max
Mad Max was a great game, so expect a review for it soon. It also has a photo editor, so I’ll be adding a gallery to the in-game photo section. I can’t speak highly enough about how fun this game was. It did have some drawbacks, mainly about the length of the game and size of the word, and boring busy-body side-missions, but nothing felt better than taking on a convoy, and ripping people out of their vehicles with the toe-cable. 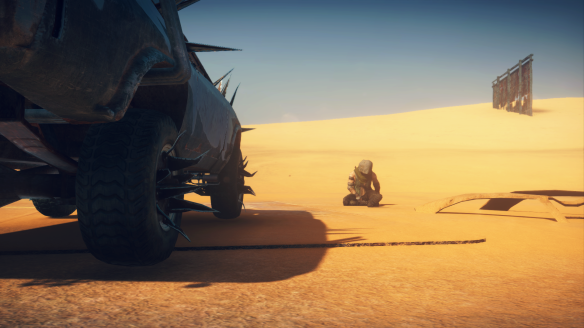 Lords of the Fallen:
As one of  March’s Xbox Free Games With Gold, I gave this a try. It’s sort of a poor-man’s Dark Souls. This should probably be under the “What I’m No Longer Playing” section, but I don’t have one of the those.

EA SPORTS Rory McIlroy PGA TOUR
I don’t know what it is about golf games, but they are addictive. I’ve completed the main tour, and I’m working on some of the side mini-games. Review soon – it’s not as bad as some have made it out to be, but it is definitely lacking in some areas. But the same complaint can be made towards every single EA “next-gen” launch/transition titles.

NEED FOR SPEED
A re-branding or re-imagining of sorts, EA has been a fun game to play over the past while. Pundits will complain about Live Action cutscenes, but these don’t deter from the final product. At launch the game was limited, but since then EA has updated the title with some fresh new vehicles and gameplay modes, as well as bolstering the online environment, allowing others to join in on the campaign races, as it is a populated world. So now that the game is considered complete, I’ll write a review for it. 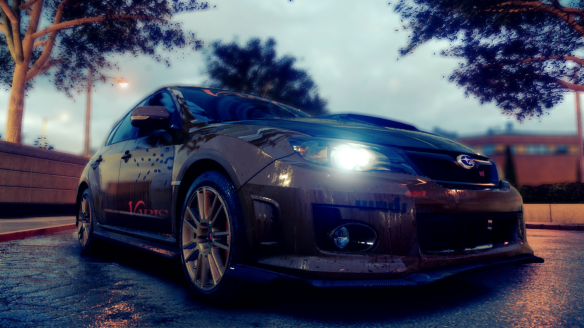 Tom Clancy’s The Division
Holy cow have I been playing this game a lot and I’ve been having a lot of fun. It even inspired me to create a journal/diary to the game. You can check that out here. Only 5 entries as of this post, but I hope to continue it more as I progress through the campaign. 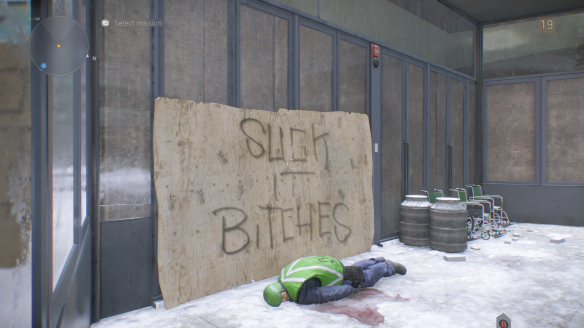 DIRT Rally
I just picked this game up before the weekend, so I haven’t had the chance to fully dive into it yet, but expect some more info throughout the week, and in-game photos. So far its very good looking (not as great as I’d hoped) and its not easy to jump right into, and requires patience to master, which I appreciate.

Hitman
Deciding to release this game as Episodic was an interesting choice. Not sure if it’s because the game is incomplete or they’re wanting to spread out the title so that it’s not immediately forgotten after the launch window. It might be a smart choice. Either way it looks fantastic, with beautiful environments and lighting. And it actually allows the player to focus on each mission, playing it numerous different ways while we wait for the next episode.

Rocket League
A fun local and online soccer game with cars. I’ve been playing online with ILLESTRADER and I started up the season mode locally to try and knock off some achievements. Fun times had by all.

Well that’s no short list. Hopefully I’ll be able to knock some of this stuff off the list before month end.

In other news, E3 is around the corner in June and I am super stoked. Some of the developers have decided not to have their big conference at E3 and instead have decided to host it the day before – most notable EA. Last year Bethesda hosted theirs the day before and they’ll be doing so again, but this year EA is following suit and hosting their EA Play event. Either way I’ll be watching  and blogging. Its and exhausting 2 days of conferences, but I love it. Expect lots of news on June 12 and 13