What is this? A center for ants?

#IDARB or I Draw a Red Box is a strange game. At its most basic, its a competitive 2D platforming sports game, allowing anywhere from 1 V 1 up to 4 V 4. The premise is that each team has a goal, and there’s a ball, and the object of the game is to get the ball in the goal. 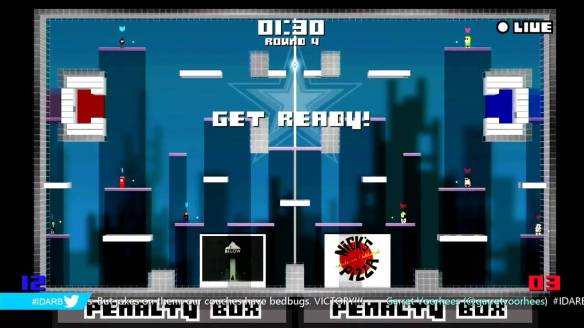 The playing field is neither square nor simple, as it is filled with platforms to help navigate around (some which you can pass through, others you can not) as the goals are elevated. Each team has a goal zone on either side and the ball gets dropped down the middle. The players can jump and double jump and stomp on one another. When they have the ball, they can carry it, or shoot it, or pass to another player. When they don’t have the ball, players have a little shock wave attack. This will knock other players or kick the ball away from the ball carrier. Jumping on a player will stun them, and reverse their controls temporarily.

All the while, the announcer is spewing out crazy movie quotes.

Walking the ball into the goal will net you one point, shooting it, two. When you’re around the general vicinity of the goal, a point multiplier overlay will show up, where the further you shoot from, the more the shot is worth: 2, 3, and 5 points. Like basketball, I think? In addition, the game also counts the ball bouncing off other players or platforms as a multiplier, also like basketball, I’m pretty sure.

For example: shooting the ball and bouncing it off 2 platforms will net a 3x multiplier, couple this with a 5 point shot, and the score can get pretty high. These however are not the easiest to pull off as the aiming mechanic is limited, and the game quite frantic.

Frantic should be the name of the game, as the game gets real confusing real quick, especially with more players. As simple as the gameplay is, it will typically breakdown to a young kids soccer match where a cluster of players just follow the ball. And then its just a scrum, a ball, and lots of shock waves. You will very easily lose track of your own character as all the players are the same size, and look similar.

The game has a single player mode which is a series of challenge matches, but the main focus is the multiplayer, either local or online.

The game is broken up into 4 90-second rounds, but the players don’t switch sides. There is a halftime intermission with small mini-games. The players take part in space ship battles, or tank wars, or a game of tug-a-war. The results of the halftime games are nothing than a laugh, and afterwards you jump right back into the mayhem. 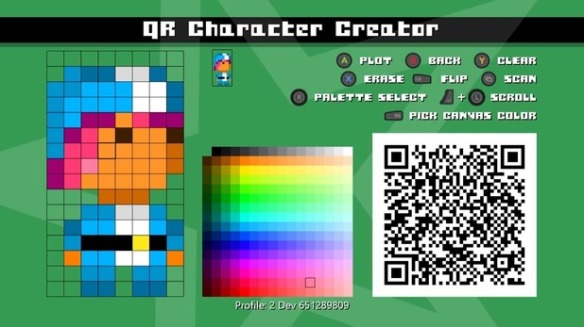 What is your favourite colour?

The game also features a deep creation section, allowing you to create your own characters, theme music and logos. What’s really cool about this is that each song, character and logo has its own unique QR code that you can post online or share with friends so they can download their creations and import them into your game, or vice-versa. Then you can create your team, with your choice of characters, logo and winning song.

“Frantic should be the name of the game.”

Lastly is the games social media tethering, specifically Twitch and Twitter. Every time you start up a new match, it gets coded with a unique hashtag identifier found at the top corner. If your game is being streamed to Twitch, people watching can comment on your game using the hashtag and it will read along the bottom as you’re playing. This can also be done through twitter by messaging @idarbwire and the hashtag. This is a cool novelty that can turn sideways, as the game ALSO allows hashtag game modifiers, or hashbombs.

These hashbombs can be as innocent as visual changes to the characters, turning them Red vs Blue for example, adding portals to the game, or filling the arena with water. Some can be a little more malicious, such as turning the ball into a bomb, that, when exploded, will send the closest player to the penalty box, or adding sharks to the platforms. These are definitely fun to play with friends, and messing with their game.

There’s a neat twitterbot that will crawl the twitter feeds for incoming twitter messages, and will occasionally attack your game too. Unexpectedly funny. 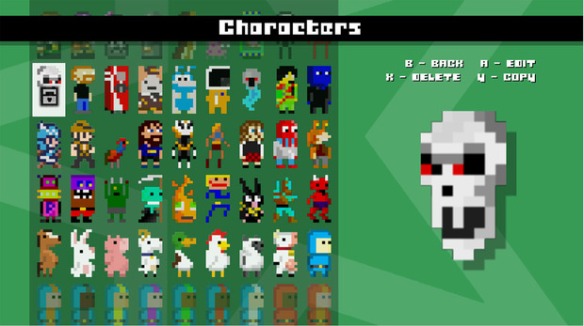 All in all, the game is a fun little co-op/competitive throw-away arcade game. For what it is, it’s a true blast to play. Outside of the local co-op/competitive however, there’s not much else to it, but it’ll remain a fixture to game nights for a while.

For those who like seizures, arcade soccer/basketball, and ruining your friend’s good time.

Notable Achievements:
Boom Goes the Dynamite (Score a 15 Point Shot) – 100G
Just Like Having a Baby (Create 20 or more characters in the character creator) – 75G