Let’s get this quiet day going with some new releases, which there are few.

The Witcher III is Looong

CD Projekt RED has announced today that that The Witcher III is going to be a lengthy game is you wish to do Everything. Approx 200+ hours. It’s a game where the designers wanted to make an open-world game without boundries. No wonder the game will be a 50GB install. 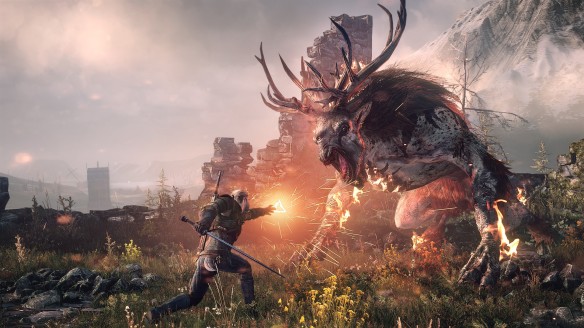 These creatures are probably tougher than the Honey Badger in Far Cry 3. Fire is always a sound tactic though.

Mortal Kombat creator Ed Boon has revealed, contrary to popular belief, there are certain things the team consider too violent to put into the finished product. After watching some of the fatalities from the up-coming game, I’d beg to differ. Some of those are pretty nasty. Maybe in some cases they’ve gone to far already.

Which Lines Won’t They Cross, I Wonder?

Dragon Age: Inquisition has been given a 50% discount. This game seems discounted weekly, in some form or another. Diablo III Reaper of Souls Ultimate Evil Edition is discounted, as well as FIFA 15. Several LEGO games are on sale as well.

All for this evening. See you tomorrow. I’ll have lots to talk about in Far Cry 4.