Watch Dogs Sequel
Ubisoft has confirmed that the follow-up to Watch Dogs will be released before the end of its 2016 fiscal year, so that’s anytime between now and April 2017. 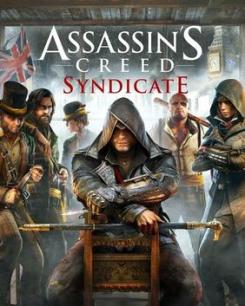 Assassin’s Creed
Following the news of the Watch Dogs sequel, Ubisoft has also confirmed that there will not be an Assassin’s Creed game this year as they will be re-examining the franchise. The decision is based on a slower launch for Assassin’s Creed Syndicate.

“Since the release of Assassin’s Creed Unity, we’ve learned a lot based on your feedback. We’ve also updated our development processes and recommitted to making Assassin’s Creed a premier open-world franchise. We’re taking this year to evolve the game mechanics and to make sure we’re delivering on the promise of Assassin’s Creed offering unique and memorable gameplay experiences that make history everyone’s playground.”

Xbox One and Windows 10 Cross-Buy
Following the news of the Quantum Break Windows 10 PC release, which will launch simultaneously alongside the Xbox One version on April 5, players who pre-order the digital version of Quantum Break for Xbox One will get a free copy of the Windows 10 edition. The game supports saves across Xbox One and PC. This however is a limited promotional window.

The question was raised on whether this cross-buy promotion would be strictly for Microsoft releases in the future or include third-party games. Xbox Head Phil Spencer responded with:

We’ll make it a platform feature. We think it’s good for gamers.

Call of Duty Confirmed
Activision has revealed that Call of Duty will return (was there doubt?) in 2016 and will be developed by Infinity Ward. Call of Duty, yet unnamed, is expected to be release around its normal November window, and is unclear if this will be a sequel to IW’s last COD game, Ghosts.

What About My Destiny
Following Activision’s Call of Duty News, they’ve also revealed more information on the future of Destiny. We will see a new expansion in 2016 and a proper sequel in 2017.

“Activision Publishing, along with its partners at Bungie, expects to bring a large new expansion to Destiny in 2016 and to release a full game sequel in 2017,” the investor note reads.

With new found hours in the day, a lot can be accomplished. I’m somewhat back to a regular routine. I have found some more time in an already full day to dedicate to my craft, whether that be writing video game news or reviews, or drawing. But not sound like a broken record, no sir.

I’m trying my best to keep up with the news -trying for Tuesday and Friday, and a weekly review going out on Thursdays – I got the queue to sustain that for at least at least two months :p.

I’m also working on a weekly art dump for the weekends to complement my Achievement of the Week. I recently finished a big Titanfall piece and slowly working on Borderlands colour.